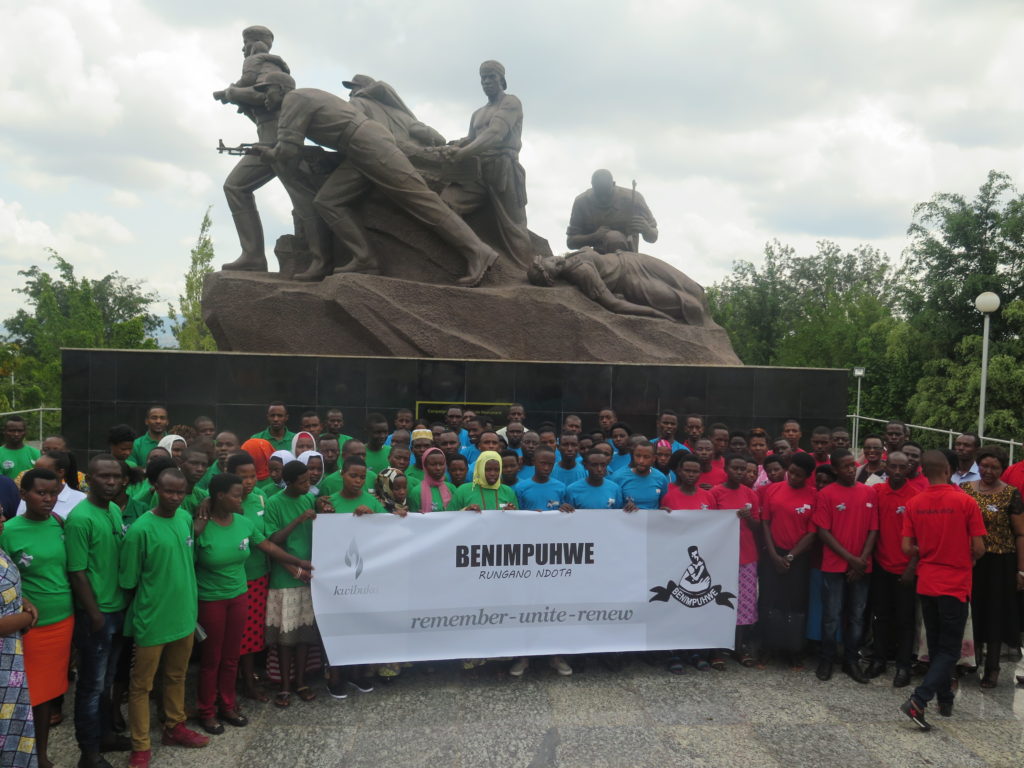 Rungano Ndota Youth Learn Much From Museum For Campaign Against Genocide

A total of 98 youths from Ruhango District on Saturday visited the Campaign against Genocide Museum at the Rwandan parliament, to learn the country’s road to liberation from the tragic nightmare of the 1994 Genocide that cost lives of over a million Tutsi.

The museum, located at the parliamentary building and formerly known as Conseil National de Dévéloppement (CND) — National Development Council —, is home to the documentation on RPF Inkotanyi army’s tough journey to end the Genocide against the Tutsi.

The youth are grouped in ‘Rungano Ndota’ — my dream generation —association which is one of the initiatives of ‘Benimpuhwe’, a non-profit organisation that supports youth and women empowerment.

The organisation is a women network that whose mission is to promote and improve people’s socio-economic welfare, specifically women and youth.

Jeanne d’Arc Baranyizigiye, the Chairperson of Benimpuhwe Organisation, said the idea to bring its youth to visit the museum was intended to inspire them to learn from what the RPF Inkotanyi did during their dedication to free the country so they can be their role model in fighting for their country for a bright future.

“We are here to let youth experience the relationship between the country’s history they study in schools, what they hear in the community and the history of Rwanda’s journey to liberation recorded in the museum. It would help them learn from the heroes who gave their all to liberate the country so they can contribute in building a bright future of the country,” she said.

She added, “showing what is recorded in the museum can inspire them to become heroes at their young age and grow with a spirit to the level that they can fight their country whenever it matters. We will continue to educate them so they can share what they experienced with their fellow colleagues who were not able to visit the museum”

Zainabu Ituze, one of the youth that visited the museum said she had learned a lot from the museum which she never heard nor listened before while the visit will help her tell the story to her colleagues on the RPF Inkotanyi’s struggle to liberate the country while she looks forward to doing her best to fight for her country towards its safety and development.

THE ROLE OF MEN AND WOMEN IN PREVENTING TEENAGE PREGNANCY

Piloting Aquaponics for sustainable food and fodder production in Rwanda